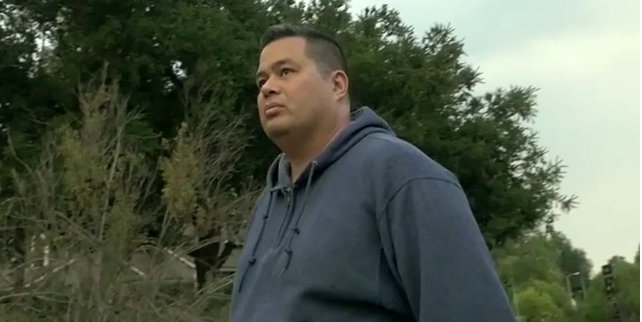 Hate-filled homocon horcrux Robert Oscar Lopez is ever so pissed about the jailing of Kim Davis, which should never have happened because because all gay men are pedophiles. He writes:

While Kim Davis languishes in a Kentucky jail, Terry Bean is roaming free, at large, with full reign to sodomize more desperate teenage boys and meet with President Obama on Air Force One. There’s no nice way to put this, so here goes. Gay men are looking very screwed up. I have long known, as Joseph Sciambra has known, that gay living is tough on your spirit, mind, and body. Most “gay men” become gay men because at a young and tender age they questioned themselves and an older gay man, also known in some circles by the title “predator,” swooped in to provide an answer to all the young man’s questions. Question — “I popped a boner in gym class while wrestling a fellow eighth-grader I really admire because he’s strong and fearless and I feel self-conscious. Does this mean I’m gay?” The older gay man’s answer: “Yes, you’re gay. Abandon all hope. Get in my car and I’ll drive you to Palm Springs, bang the crap out of you until you’re squealing with pain and bleeding, then you’ll know who you are and you’ll learn to like it.”

Lopez goes on at some length to complain that sometimes men in sex clubs will walk away without even getting you off. Which is just fucking RUDE. Seriously.

PREVIOUSLY ON JMG: In March 2015 Lopez declared that gay activists are incentivizing home-wreckers. Also that month Lopez declared that gay parents like Elton John are disgusting terrorists. In December 2014 Lopez filed an amicus brief with the Eleventh Circuit Court in which he opposed Florida marriage because gays have been telling lies about him. In September 2014 Lopez compared the Human Rights Campaign to the Khmer Rouge. Also in September 2014 Lopez petitioned the Fifth Circuit Court of Appeals to stop gay marriage in Texas because he used to be a prostitute. In April 2014 Lopez filed an anti-gay amicus brief in support of Virginia’s ban on same-sex marriage. In March 2014 Lopez declared that gay men are turning surrogate mothers into breeding slaves. In 2013, in addition to appearing on stage at an anti-gay Manif Pour Tous rally in France that was supported by neo-Nazis, Lopez testified against LGBT equality before several state legislatures and he co-signed an anti-gay homocon brief to the Supreme Court in support of DOMA. You really must read the Media Matters take on Lopez’ trilogy of gay erotica.