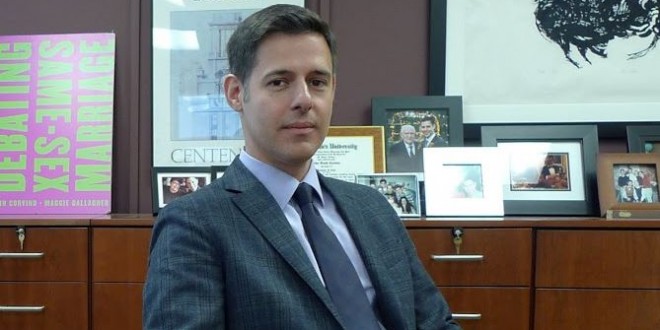 Quote Of The Day – John Corvino

“Many have commented on the fact that Davis herself has been divorced several times. As a strategic matter, this makes her a rather poor poster child for ‘traditional Christian marriage’: Jesus himself treats divorce and remarriage as akin to adultery. But the point is not merely ad hominem: Davis’s willingness to impose a standard of marriage on gays that she does not apply to others, herself included, shows that she’s less interested in enforcing a consistent traditional Christian view than in singling out gays for disapproval. In its Obergefell decision, the U.S. Supreme Court rightly rejected such treatment as an affront to dignity and equal treatment under the law. Private citizens are free to express their religious views about homosexuality — however hypocritically and inconsistently — and to practice their faith as they see fit. But religious liberty is not a “get out of your job free” card.” – Wayne University professor John Corvino, writing for the Detroit Free Press.