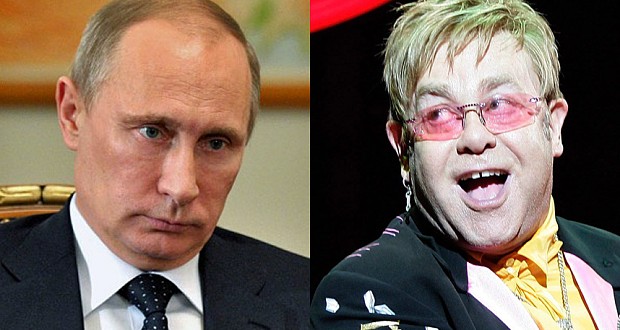 Can you feel the love tonight? Vladimir Putin has called Elton John — and this time it’s for real. Weeks after a pair of pranksters fooled the singer into thinking that he was talking to the Russian leader about gay rights in the country, Putin put in a brief personal call on Thursday. “He told Elton, I know they pulled a prank on the phone with you, please don’t hold a grudge, they are harmless fellows,” Putin’s spokesman Dmitry Peskov said. “He also said he knows how popular Elton John is and is ready to meet him and discuss any questions that interest him if their schedules can be aligned at some point in the future,” Peskov added. There was no immediate comment from the singer, who has criticized the Russian leader’s “ridiculous” record on gay rights and denounced a 2013 law criminalizing what it calls gay “propaganda.”

Elton’s most recent Instagram post is dated two days ago and shows him delivering meals to HIV/AIDS patients.