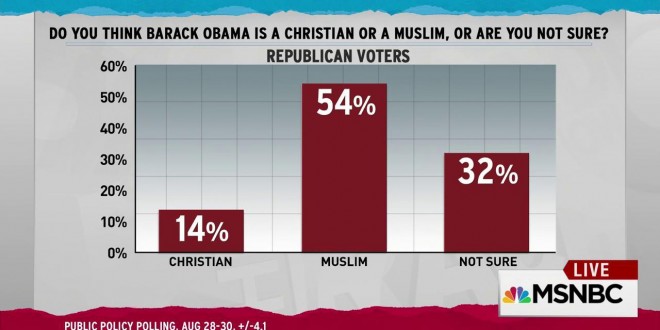 Public Policy Poll: Majority Of Republicans Believe Obama Is Muslim, Only 14% Sure He Is Christian

Last night Rachel Maddow reported on a just-released Public Policy Poll which reveals that 54% of Republicans continue to believe that President Obama is a secret Muslim, with only 14% being “certain” that he is a Christian. Perhaps more amusingly, 40% of Republicans believe Ted Cruz was born in the United States, while only 29% believe that Obama was. See Maddow’s video here.