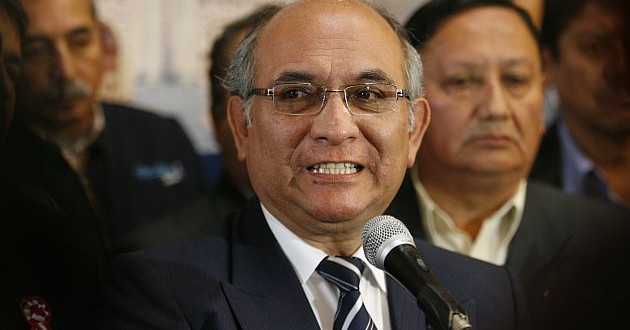 After the Liberty Counsel was busted in that whopping lie about 100,000 Peruvians gathering in a soccer stadium to pray for Kim Davis, they tried to pin the ridiculous story on their (now probably former) pal, Peruvian congressman Julio Rosas, whom they claim told them about the event and gave them the photo. Slight problem: Rosas is flatly denying that the event took place. He tells the Lima news outlet Peru 21 that while “we always pray in our homes for other Christians,” no such stadium rally for Kim Davis ever happened. On their website the Liberty Counsel continues to maintain that the stadium rally happened and that Rosas gave them the photo: “While people in Peru did pray on September 13, we have now learned that the photograph was not of the prayer meeting.” We guessing that Mat Staver won’t be getting another “Medal Of Honor” from the Peruvian Congress.