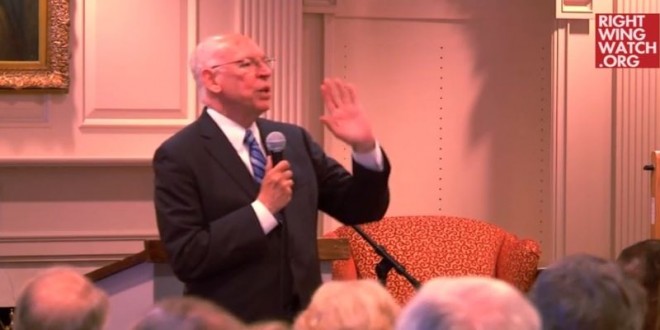 Rafael Cruz believes that his son, Texas senator and presidential candidate Ted Cruz, is on a divinely inspired mission to overturn the city of Houston’s nondiscrimination ordinance. The elder Cruz, who also serves as a campaign surrogate for his son’s campaign, is not just upset that Houston approved an ordinance protecting LGBT people from discrimination, but is also furious that the city even elected an openly gay mayor. “It is appalling that in a city like Houston, right in the middle of the Bible Belt, we have a homosexual mayor,” Cruz said, referring to Annise Parker. He blamed the church’s inability to stop a lesbian from winning elected office on the separation of church and state, which he called “a lie.”