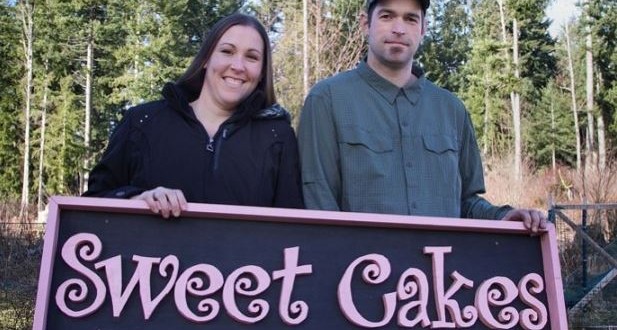 Even though they’ve raised over half a million dollars with several Christian crowd-funding campaigns, anti-gay Oregon bakers Aaron and Melissa Klein are defying the court and have not paid their fine for violating Oregon’s public accommodation law. Williamette Weekly has the report:

It looks like Aaron and Melissa Klein, the former proprietors of Gresham bakery Sweetcakes by Melissa, are following the government-defying example of Kim Davis, the Rowan County, Ky., court clerk recently jailed for refusing to marry same-sex couples. On July 2, the Oregon Bureau of Labor and Industries ordered the Kleins to pay $135,000 to a lesbian couple, Rachel and Laurel Bowman-Cryer, for whom Aaron Klein refused to bake a wedding cake and then posted their home address online. The Kleins, records show, have for nearly three months defied BOLI’s order to pay. Their attorney twice requested a stay while the Oregon Court of Appeals considers the Klein’s case, asserting payment would lead to “financial ruin.” BOLI Commissioner Brad Avakian rejected those requests—noting that the Kleins raised nearly $500,000 from crowd-funding sites and the money will be held in escrow during appeal. Avakian issued his final denial on July 27.

Last week the chief prosecutor for the state agency the levied the fine sent a stern warning to the Klein’s attorney:

“Please inform the agency of when your clients will tender payment, Otherwise we have no other option but to docket the judgement against them. It is unfortunate that they will not seek the bond or irrevocable letter of credit, that you had initially stated they were interested in seeking, when they have clearly raised close to $500,000 with which to pay the damage award.”

If the judgment is docketed, the state can then place liens on the Klein’s assets. This past weekend the Kleins appeared alongside Kim Davis at Duggar Fest.