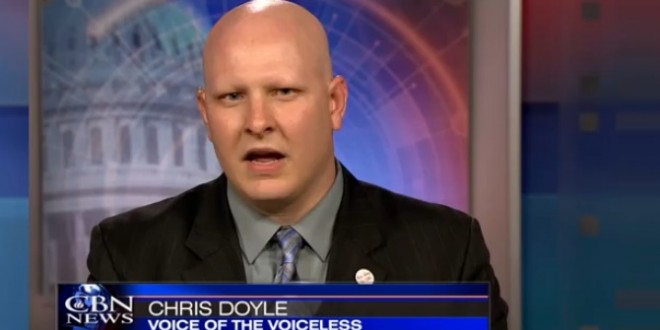 Ex-Gay Awareness Month is almost here and the Family Research Council is very excited. They write:

Defenders of the truth that change is possible for those with same-sex attractions will mark the Third Annual Ex-Gay Awareness Month by gathering in the Washington, DC area for a “Safe Exit Summit” on Friday and Saturday, October 2 and 3. Dr. Michael L. Brown, host of The Line of Fire radio program and author of the books A Queer Thing Happened to America, Can You Be Gay and Christian? and the just-released Outlasting the Gay Revolution, will be the keynote speaker. Attorney Charles Limandri of the Freedom of Conscience Defense Fund, who defended a Jewish ex-gay ministry in a New Jersey lawsuit filed by the Southern Poverty Law Center, is scheduled to receive an award. The Summit will also feature testimonies by individuals who have left homosexuality and entertainment by ex-gay Christian songwriter and singer Dennis Jernigan. The principal organizers of the Safe Exit Summit are Parents and Friends of Ex-Gays and Gays (PFOX); Voice of the Voiceless; and Equality and Justice for All. Family Research Council is a supporting sponsor of the event.

The lawyer who got destroyed by the SPLC is getting an award! That’s so sweet. As you might have noticed, the attendees and speakers at these things are always the same six or seven nutjobs.

AUDIO: Safe Exit organizer Christopher Doyle [photo], about whom I’ve written many times, appeared on Christian radio from the Duggar Fest to declare that one of the people attending the event will be a man who has had “10,000 partners.”

RELATED: The inaugural event in 2013 was a hilarious disaster in which fewer than ten people showed up after American Family Association radio shrieker Sandy Rios had predicted it would draw “thousands of ex-gays.” That failure came after they had canceled “Ex-Gay Pride Month” due to “anti-ex-gay extremism.” Several weeks later a massive crowd of tens attended an “Ex-Gay Awareness Dinner” held at a secret bunker deep under Washington DC.