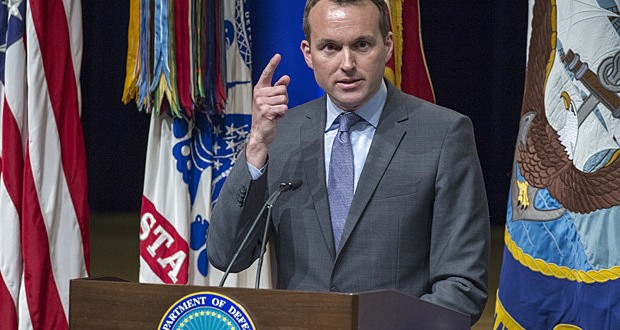 Obama To Nominate Gay Man To Head US Army

President Obama, in a historic first for the Pentagon, has chosen to nominate Eric Fanning to lead the Army, a move that would make him the first openly gay civilian secretary of one of the military services. Fanning’s nomination is the latest in a series of actions taken by the administration to advance the rights of gays and lesbians throughout the federal government. The Obama administration has overhauled internal policies to provide benefits to same-sex partners, appointed gay men and lesbians to the executive branch and the federal bench and ended the 18-year ban on gays serving openly in the military. Fanning, who must still be confirmed by the Senate, has been a specialist on defense and national security issues for more than 25 years in Congress and the Pentagon. As Army secretary, he would be partnered with Gen. Mark Milley, who took over as the Army’s top general in August. Together the two men would assume responsibility for the Pentagon’s largest and most troubled service.

Fanning is currently the Acting Undersecretary of the Army. The Human Rights campaign applauds:

“Eric Fanning is the perfect choice to lead the world’s best-trained, most dedicated, and formidable Army,” said HRC President Chad Griffin. “Considering the tremendous struggles that LGBT Americans have faced within the Department of Defense, Fanning’s nomination is deeply significant. This is a sign of hope and a demonstration of continued progress towards fairness and equality in our nation’s armed forces. We urge the Senate to quickly confirm this remarkably experienced candidate to this important post.”