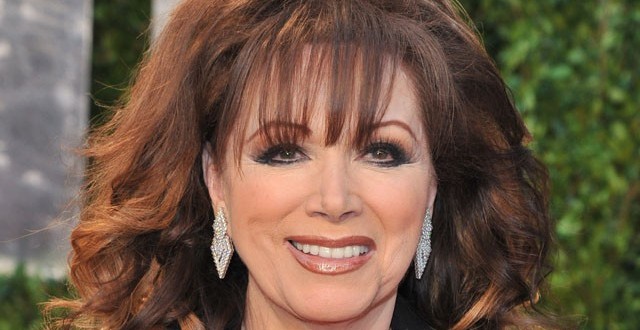 Jackie Collins, whose 32 novels have sold over 500 million copies in more than 40 languages, has died of breast cancer at the age of 77. CNN reports:

People magazine reported that Collns was diagnosed with stage 4 breast cancer six-and-a-half years ago and chose to keep the illness private. The magazine said she confided in her three adult daughters, Tracy, Tiffany and Rory. The Collins family issued a statement, saying, “It is with tremendous sadness that we announce the death of our beautiful, dynamic and one of a kind mother, Jackie Collins, who died of breast cancer today. “She lived a wonderfully full life and was adored by her family, friends and the millions of readers who she has been entertaining for over 4 decades. She was a true inspiration, a trail blazer for women in fiction and a creative force. She will live on through her characters but we already miss her beyond words.”

Collins’ older sister, actress Joan Collins, tells People that she is “completely devastated.” Joan Collins: “She was my best friend. I admire how she handled this. She was a wonderful, brave and a beautiful person and I love her.”