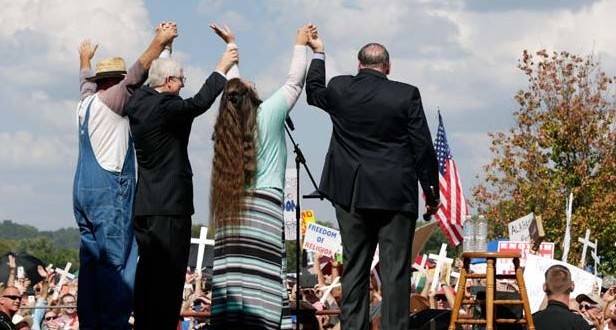 The New York Times editorial board has issued a blistering denouncement of the laughably named First Amendment Defense Act.  They write:

This past June, in the heat of their outrage over gay rights, congressional Republicans revived a nasty bit of business they call the First Amendment Defense Act. It would do many things, but one thing it would not do is defend the First Amendment. To the contrary, it would deliberately warp the bedrock principle of religious freedom under the Constitution.

The bill, versions of which have been circulating since 2013, gained a sudden wave of support after the Supreme Court legalized same-sex marriage nationwide. It is being hawked with the specter of clergy members being forced to officiate such marriages. This is a ploy, as the bill’s backers surely know: There has never been any doubt that the First Amendment protects members of the clergy from performing weddings against their will.

In reality, the act would bar the federal government from taking “any discriminatory action” — including the denial of tax benefits, grants, contracts or licenses — against those who oppose same-sex marriage for religious or moral reasons. In other words, it would use taxpayers’ money to negate federal anti-discrimination measures protecting gays and lesbians, using the idea of religious freedom as cover.

Hit the link and enjoy the full piece. (Tipped by JMG reader Brandon)