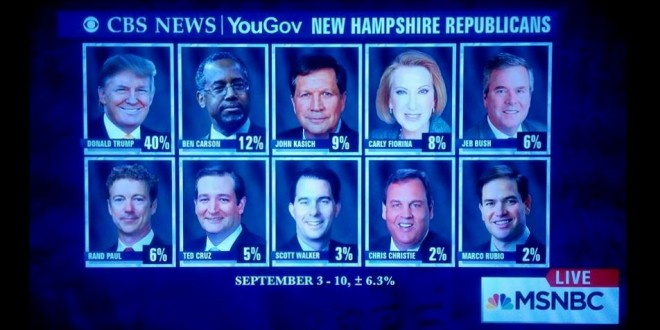 Trump’s most substantial lead is in New Hampshire, where he has the support of 40% of likely Republican primary voters. Carson comes in second again, but by a much greater distance, with only 12% support and a smattering of other candidates close behind him, including John Kasich at 9% and Carly Fiorina at 8%. Jeb Bush, who led most polls in New Hampshire throughout the early summer, is tied for fifth with Rand Paul, at 6%. Notably, three of the top four candidates in New Hampshire have never held elected office (John Kasich, Ohio’s governor, is the exception) and in all three early states polled the majority of Republicans back one of two “non-politicians” – Trump or Carson – with every other candidate in single digits.