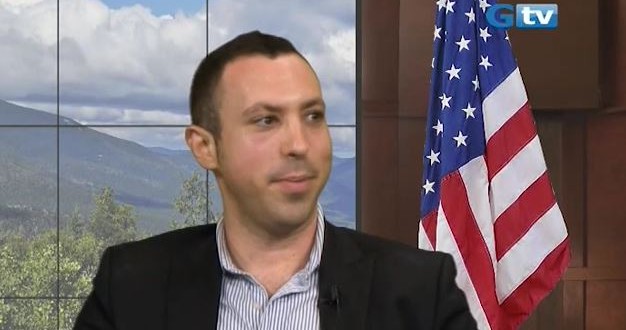 “This year President Barack Obama Called for End to ‘Conversion’ Therapies for Gay and Transgender Youth. I am in full support of defining this in the law for what it is — abusive and fraudulent. Out of that commitment — I have officially submitted a first draft of legislation that would ban the abusive practice of sexual conversion therapy for minors. It would also declare that anyone putting themselves out there as someone who practices this would be liable for fraud.” –  Freshman GOP New Hampshire state Rep. Eric Schleien, posting to his Facebook page. The progressive New Hampshire site Miscellany Blue reports that Schleien has a 97% rating from the “conservative House Republican Alliance.”

In a preview of the pushback the proposed legislation is likely to receive, Kevin Kervick, a family therapist and 2012 candidate for the New Hampshire House, denounced Schleien’s proposal as a “slippery slope to tyranny.” “Are you going to start policing the health professions for quack therapies?” Kervick asked on Facebook. “You will have a long list of procedures to ban if you seek empirical basis. Yours is not the liberty position. Conversion therapy is no more damaging or less effective than a host of other procedures. I thought you wanted less government regulation?” “I believe a child who was a victim of this therapy would say their liberties were violated,” Schleien responded. “I see this as protecting liberties where they’re currently being trampled upon.” “And the therapy doesn’t work,” Schleien continued. “That’s fraud and this would make that clear in law. It’s both a protection to children who are victims of this and to parents who get duped by camps and practitioners who make false claims this works.”

Bans on “ex-gay” torture have been enacted in Illinois, California, New Jersey, Oregon, and Washington, D.C.