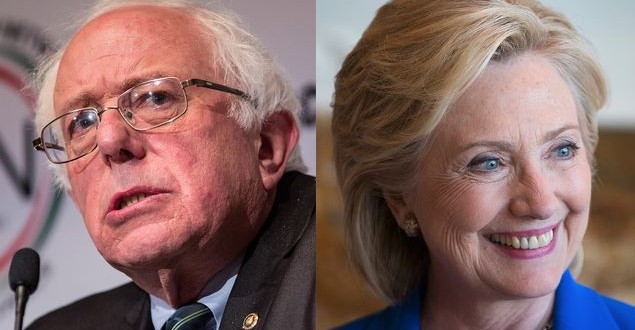 Bernie Sanders has jumped out to a nine-point lead over front-runner Hillary Clinton in New Hampshire, and he’s gained ground on her among Iowa voters in the Democratic presidential race, according to a pair of brand-new NBC News/Marist polls. In New Hampshire, the Vermont senator gets the support of 41 percent of Democratic voters, Clinton gets 32 percent and Vice President Joe Biden gets 16 percent. No other Democratic candidate receives more than 1 percent. Back in July’s NBC/Marist poll, Clinton was ahead of Sanders in the Granite State by 10 points, 42 percent to 32 percent, with Biden at 12 percent. Without Biden in the race, Sanders’ lead over Clinton in the current survey increases to 11 points, 49 percent to 38 percent.