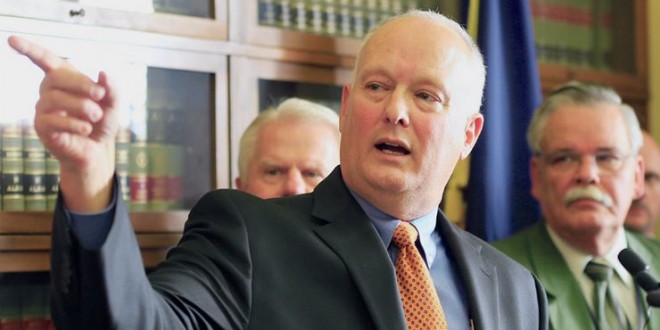 The Nebraska attorney general’s office is objecting to a new effort by a civil liberties group to have both same-sex spouses listed as parents on their children’s birth certificates. State attorneys argued in a news release Tuesday that plaintiffs in the case are adding statements from couples who were not part of their original lawsuit and claiming additional rights not addressed in the original filings. The original lawsuit challenged Nebraska’s same-sex marriage ban. The American Civil Liberties Union of Nebraska asked a judge last week to order state officials to list both spouses on birth certificates. The group says the Nebraska Department of Health and Human Services has refused to provide married gay couples with birth certificates for their children on the same conditions as married straight couples.

Attorney General Doug Peterson took office in January 2015. In March he filed an emergency appeal of the ruling that overturn Nebraska’s marriage ban. His appeal remaining pending until the Obergefell ruling.