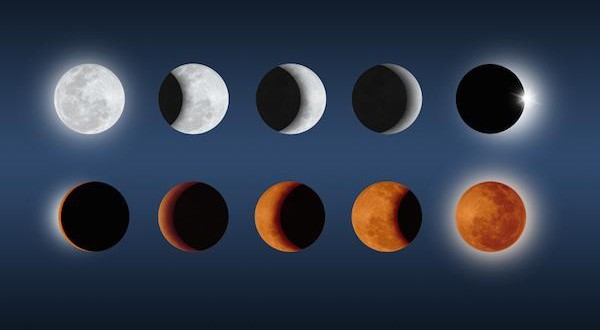 After wild claims by some Mormon nutters, the LDS Church has been forced to issue a reassuring statement about tonight’s “supermoon” eclipse. The Guardian reports:

A rare confluence of a lunar eclipse and a supermoon to happen this weekend has prompted such widespread fear of an impending apocalypse that the Mormon church was compelled to issue a statement cautioning the faithful to not get caught up in speculation about a major calamity. Sunday night’s “blood moon” and recent natural disasters and political unrest around the world have led to a rise in sales at emergency-preparedness retailers.

Apocalyptic statements by a Mormon author have only heightened fears among a small number of Mormon followers about the looming end of time. The eclipse will give the moon a red tint and make it look larger than usual, in an event that will not happen again for 18 years. It’s unclear how many members of the Church of Jesus Christ of Latter-day Saints buy the theory, but Mormon leaders were worried enough that they took the rare step this week of issuing a public statement cautioning the faithful not to get carried away with visions of the apocalypse.

A spokesman for a Utah-based company that sells survivalist gear says that sales have soared by 300% in recent weeks. Newsweek has tonight’s timeline:

For the first time since 1982, a supermoon and lunar eclipse are scheduled to coincide Sunday night. The full moon will appear slightly larger than usual as it reaches the closest point to the Earth in its elliptical orbit (hence the term “supermoon”), and in conjunction it will arrive directly opposite the sun with the Earth in the middle, for a total lunar eclipse. These two events won’t happen in tandem again until 2033. The supermoon eclipse will be visible to the naked eye from North and South America, Europe, Africa and parts of West Asia and the eastern Pacific, according to NASA. The total eclipse is scheduled to begin at 10:11 p.m. EDT, hit its peak at 10:47 p.m. and end at 11:23 p.m., and will be bookended by phases of partial eclipse.