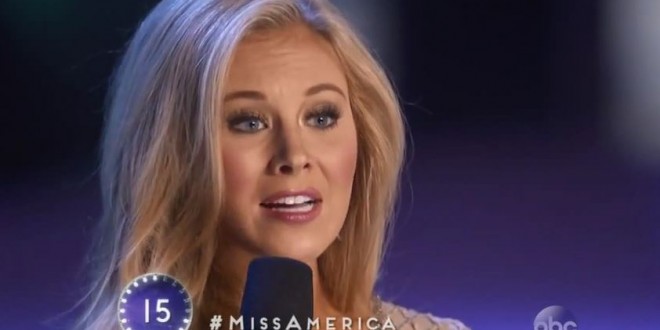 While Miss South Carolina dropped the ball on gun control, three other Miss America contestants from southern states may have pissed off their hometown audiences last night when they gave progressive responses during the pageant’s famed/infamous Q&A session. Miss Tennessee said she opposes cutting off any funding for Planned Parenthood, Miss Alabama declared that if she were a Republican, she would be “terrified” by Donald Trump’s candidacy, and Miss Mississippi slammed Kim Davis, saying that issuing marriage licenses “absolutely does not violate her religious freedom.” The audience roared in approval.