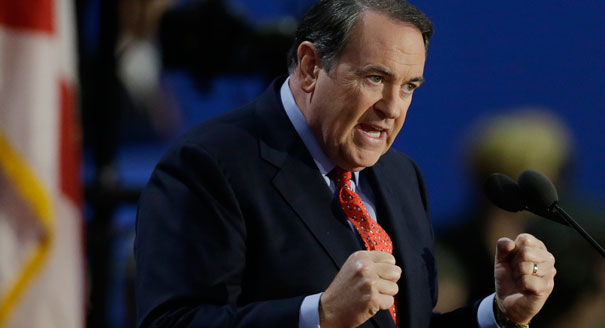 “While the media elites were slobbering all over themselves because Pope Francis commented on climate change, the Pope was having a quiet and powerful meeting with a humble Apostolic county clerk from Kentucky. The Pope recognized something that the chattering class in Washington and Wall Street will never understand—that Kim Davis followed her conscience and convictions. The Pope thanked Kim for doing so and congratulated her for her stand. The media mocked and derided millions of Americans who supported Kim’s constitutional right to religious liberty. It may just be a visit from the Pope that pushes the out of touch political class in Washington to finally stand up to judicial tyranny and for religious liberty.” – Ninth place GOP presidential candidate Mike Huckabee, posting today to his Facebook page.

Previous WHO Greatly Expands PrEP Recommendations
Next Jim Obergefell To Kim Davis: You’re Not Above The Law