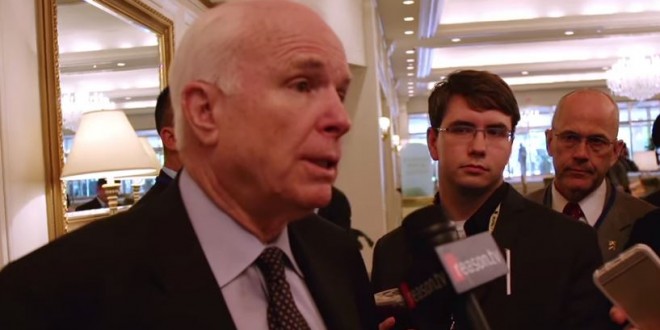 “I think she was right in that she can exercise the dictates of her conscience and everyone should respect that,” McCain said. “I do not believe that therefore she should violate the law. She should have just said, ‘I refuse to do it.’ Just like Hobby Lobby case, which we won, because those people were allowed to exercise their religious beliefs by the United States Supreme Court.” A reporter asked McCain to clarify. “You think that Kim Davis could say, ‘I don’t want to perform this’?” the reporter asked. “Yes,” McCain responded.

Previous Pope Francis Apologizes To Sexual Abuse Victims: I’m Deeply Sorry You Were Not Heard Or Believed
Next Mr. Smithers To Finally Come Out