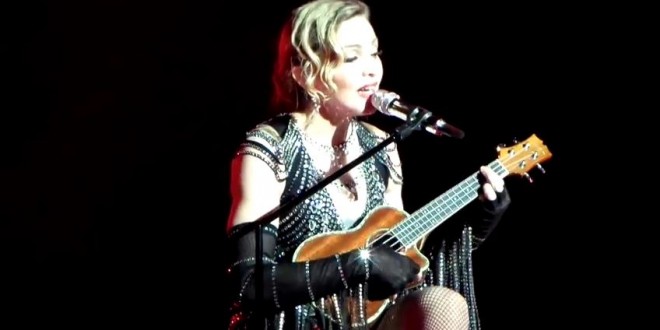 Pole dancers dressed like nuns, Mike Tyson and nonstop theatrics. Welcome to the church of Madonna. She even performed “Material Girl” for the first time since 1990’s “Blond Ambition” tour. DJ and producer Diplo warmed up the crowd with an hour-long set. The show opened with a video featuring Mike Tyson, Chance the Rapper and Madonna, where she addressed topics ranging from censorship to dictatorship. She then descended to the stage in a cage. Madonna wasted no time getting to fan favorites including “Burning Up” and a mash-up of “Holy Water” with “Vogue.” She then pulled a classic move and ripped off her skirt to reveal a barely there nun’s outfit and started to pole dance. The biggest standing ovation came during her rendition of the French classic “La Vie en Rose.” The audience went wild and sang along. They didn’t seem to mind when she flubbed a line. Madonna later joked that her French isn’t the best.

Her version was pretty sweet.