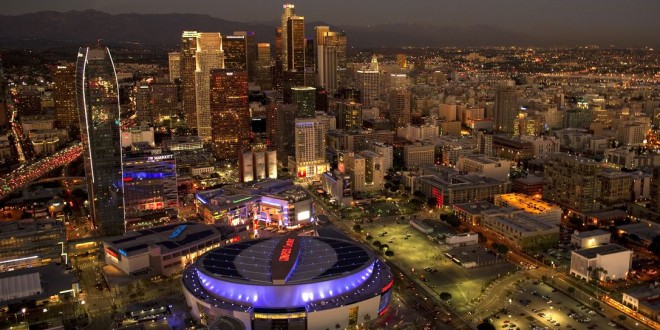 Los Angeles To Bid For 2024 Olympics

The final obstacle between Los Angeles and a bid for the 2024 Summer Olympics was cleared Tuesday morning when City Council voted 15-0 to authorize Mayor Eric Garcetti to pursue the bid. A news conference was called for 12:30 p.m. in Santa Monica, where it is likely L.A. will be designated the American candidate for those Games. That would begin a two-year process in which a private L.A. bid committee would try to convince the International Olympic Committee that it is the best choice for 2024. The decision will be made Sept. 15, 2017, in Lima, Peru. The United States hasn’t hosted a Summer Olympics since Atlanta in 1996. The vote came after several council members expressed concern about a city guarantee to pay for potential Olympic budget overruns, which the International Olympic Committee typically demands of host cities.

Back in January the USOC selected Boston as the official bid city for the United States, rejecting the other shortlisted cities of Los Angeles, San Francisco, and Washington DC. However Boston dropped their bid last month, sending the USOC back to the shortlist.