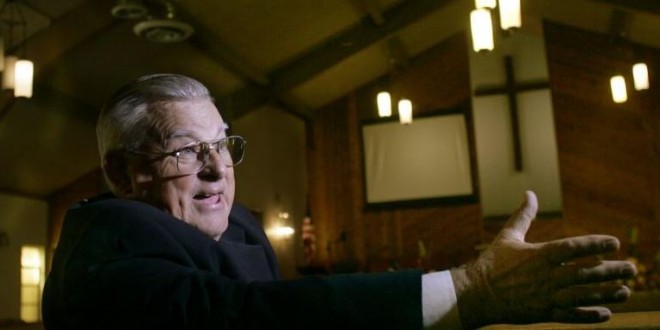 Nutjob Pastor Wiley Drake says he is running for president as an independent. Via press release:

“It’s time for the Judeo-Christian voice to be heard by our policy makers. They can try to kick the word of God out of politics, but they will never stop the voice of God through ‘We the People of the United States.’ We are the People of His Presence.” Wiley S. Drake (born November 23, 1943) is a California-based minister and radio host. He was the vice-presidential candidate for the America’s Independent Party ticket in California in 2008 his running mate was Dr. Alan Keyes, Presidential Candidate appointed as ambassador to the United Nation by President Ronald Regan. Dr. Drake also was a write-in presidential candidate in 2012. He is the pastor of the First Baptist Church and Messianic Fellowship of Buena Park in Buena Park, California. Wiley Drakes vice presidential running mate is Blossom Brackman (born August 3, 1959). She is the Chairman of the Congressional Women of Sovereign Authority International and prayer deputy for The Congressional Prayer Conference of Washington DC.

Wiley is a former vice president of the Southern Baptist Convention.