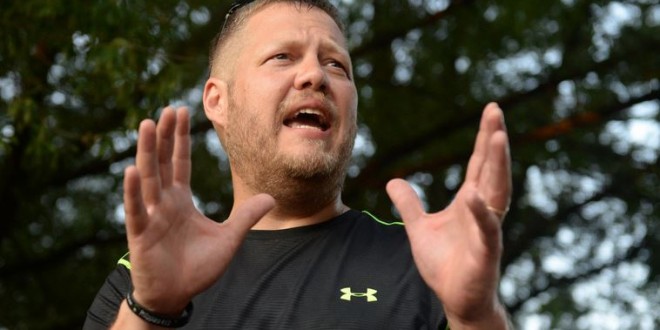 KENTUCKY: Clerk Casey Davis Says He’s Ready To Go To Jail Too But No Gays Have Asked For Licenses

Kentucky county clerk Casey Davis is jealous of all the attention being heaped on Kim Davis (no relation, allegedly), but so far he hasn’t gotten the chance to turn any gay couples away.

Casey Davis says he is willing to accept the same consequences as Kim Davis. He says he’s fully prepared to deny marriage licenses to gay couples. So far, no gay couples have come in to request a license since the Supreme Court ruling. “We’ve had people call,” Davis said. “We’ve had e-mails. As far as a same-sex couple coming here, no sir, we’ve not had that. Our deeply held religious beliefs need to be accommodated for, that is what makes our country as special of a place to live as it is.” Davis says he hopes state lawmakers will discuss that when they meet in January.

Maybe someone should take him up on that. (Tipped by JMG reader Whabbear)