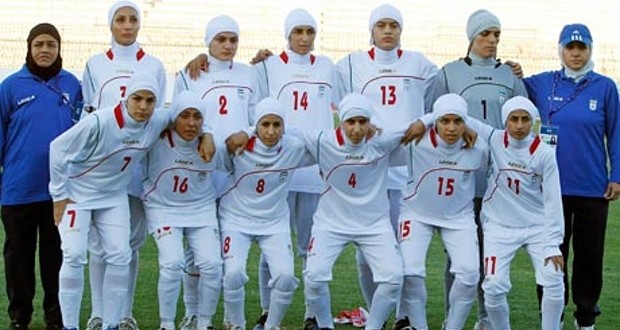 Via the Times Of Israel:

Iranian soccer fans were left reeling earlier this week after eight members of the women’s national team were found to be men, the Al-Arabiya website reported on Monday. Mojtabi Sharifi, described as an official connected to the Iranian soccer league, said that the footballers “have been playing with Iran’s female team without completing sex change operations.” He claimed that some of the men had enjoyed a whole career as female players and only outed themselves just before retiring from their teams. It was not clear how many of the national squad players were born as men or how long they had been playing before their surplus credentials were uncovered. Iranian female footballers notably play wearing hijab head scarves and outfits that fully cover their arms and legs.

The country’s football governing body is bringing in the random checks after it was revealed that several leading players – including four in the national women’s team – were either men who had not completed sex change operations, or were suffering from sexual development disorders. Gender change operations are legal in Iran according to a fatwa – or religious ruling – pronounced by the late Ayatollah Ruhollah Khomeini, spiritual leader of the 1979 Islamic revolution. The law contrasts with the strict rules governing sexual morality under the country’s Sharia legal code, which forbids homosexuality and pre-marital sex. Medical examiners will turn up unannounced at training sessions of teams playing in Iran’s women’s premier league, as well as those playing in the indoor league, known as footsal.

RELATED: Iran’s female team was barred from a qualifying match for the 2012 London Olympics due to their religious headgear and full-body uniforms.