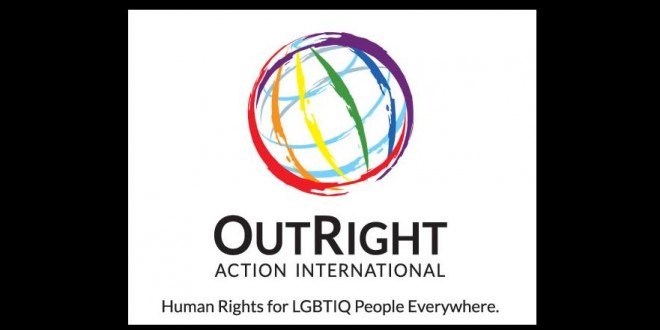 The organization — known by the acronym IGLHRC — will formally announce during its annual gala in Manhattan that it has changed its name to OutRight Action International. The group will also unveil its new logo, website and tagline that reads “human rights for LGBTIQ people everywhere.” “As our movement has evolved, the fact that the name only identified gay and lesbian rights was of course a problem,” IGLHRC Executive Director Jessica Stern told the Washington Blade on Sept. 25 during an exclusive interview at her office in lower Manhattan. “We wanted to make it explicit that we’re an organization that cares about everyone in the community — lesbian, gay, bisexual, transgender, intersex and queer. So that was the reason for saying goodbye to IGLHRC.” Julie Dorf, who is now a senior advisor for the Center for Global Equality, a Washington-based group that advocates for LGBT rights around the world, founded IGLHRC in 1990. IGLHRC in 2010 became the first LGBT advocacy organization to receive formal recognition from the U.N. It remains the only group that advocates for LGBT rights before the global body.

IGLHRC was commonly pronounced as “iggle-herk.” I’m going to miss saying that.