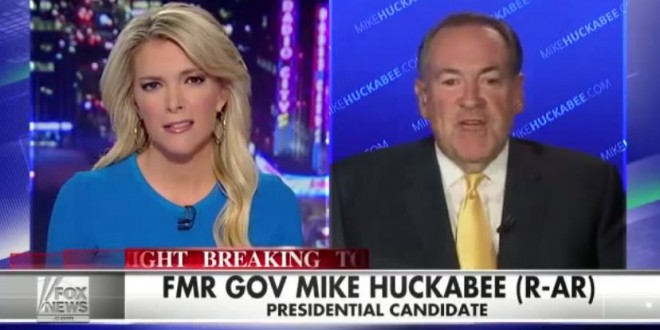 Huckabee: Inviting Gays To Meet The Pope Is Like Inviting Alcoholics To An Open Bar [VIDEO]

Mike Huckabee has gone a Twitter tirade against Obama’s White House guest list for the papal visit, calling it “classless” and “disrespectful.” He went further on Fox News last night, saying that inviting openly gay people to meet the pope is like setting up an open bar at a meeting for Alcoholics Anonymous. Wut?

Previous Kim Davis: I’m Ready To Go Back To Jail [VIDEO]
Next This Is An Actual Thing: Ted Cruz Erotica