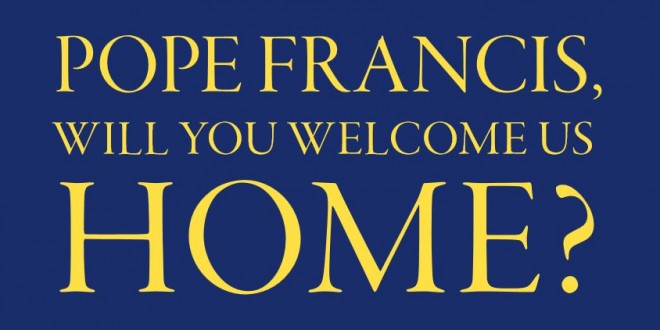 The Human Rights Campaign is hanging a massive message to Pope Francis outside their DC headquarters, which is within view of the cathedral where he will attend mass on Wednesday. Via press release: “Many of us in the LGBT community have been heartened by Pope Francis’ compassionate words and willingness to take steps to more fully embrace people of faith long rejected by the Catholic Church,” said HRC President Chad Griffin. “As leader of the Church, his words set a powerful example, and reveal our shared values of justice, equality, respect, and compassion.” “But, sadly, many in our community are still being fired from their jobs at Catholic schools, and shunned by their church communities simply because of who they are,” Griffin said. “So while we join in welcoming the Pope to the United States, we will also be urging him to continue to move toward greater acceptance and embrace of members of our community who are longing to hear that their Church welcomes them– and their families–fully. We are all God’s children.”