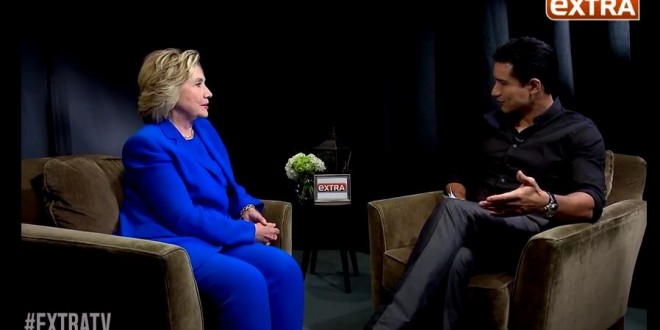 “Extra’s” Mario Lopez sat down with Presidential candidate Hillary Clinton for a candid one-on-one interview. Hillary sounding off on everything from what she thinks of Republican candidate Donald Trump to Kim Kardashian and her husband, Kanye West. Hillary telling Mario what she this of Donald Trump’s popularity, “I am watching this with some concern because I think a lot of what he has said has been really inflammatory and destructive…He has not put forward any real policies…He has made a lot of claims and I think it may reflect on the Republican side some of the pent up frustration that they have…I’m going to let them deal with however they choose their nominee, but I am certainly looking forward, if he were the nominee, to debating him in the general election because there’s a lot to talk about starting with his really outrageous statements about immigration.”