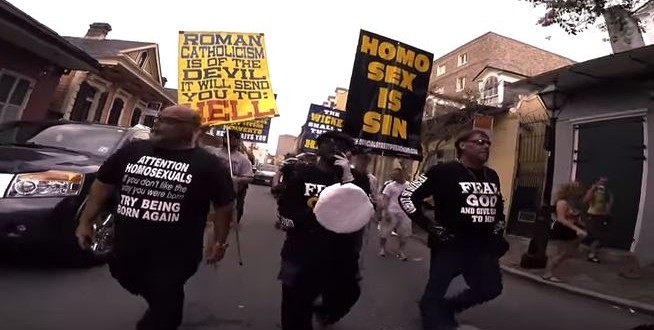 Hate preacher Ruben Israel and his klan were in New Orleans again last weekend. Clip recap: “This Mini Documentary was filmed in New Orleans La. at the Southern Decadence Homo Fest. The LGBT Community is a Depraved and Perverted Community that Must be Resisted and Destroyed! Ruben Israel exposes the true condition of the LGBT community.”

Previous NASA: One Of Saturn’s Moons Has An Ocean
Next Pope Francis: Tax SOME Churches