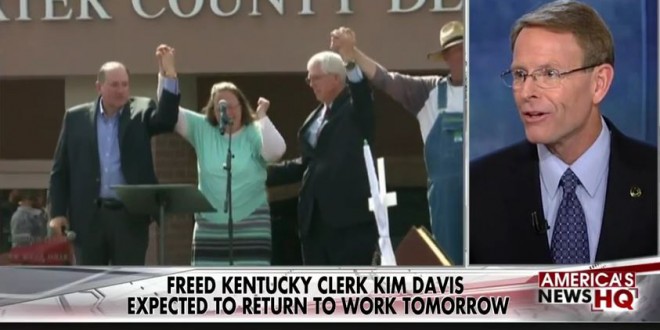 KKK-affiliated hate group leader Tony Perkins appeared on Fox News today where he declared that Kim Davis has not imposed her Christian beliefs on anybody. Which is, of course, is a ridiculous lie since deputy clerks in Davis’ office were commanded by her not to issue any licenses regardless of their own religious beliefs. And oh yeah, there’s those pesky gays turned away over and over due to the imposition of her religious beliefs. Once again, Perkins used today’s Fox appearance to flog his brand new hate book, which now has 23 reviews on Amazon, all of which are either one star or five stars.