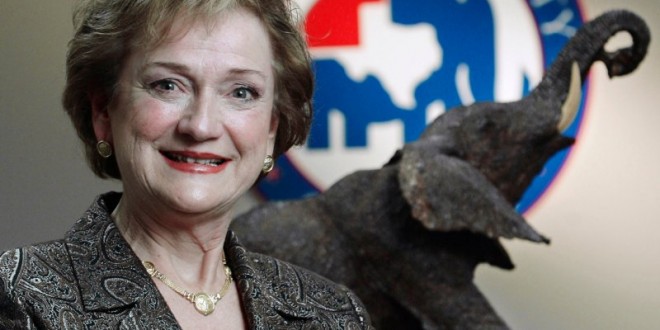 As I noted last night, until very recently the talibangelicals have largely held their fire regarding the faith of Donald Trump. That began to change this week after Trump declared that “the law is the law” and that Kim Davis should look for another job. This morning the American Family Association comes after “cracker-eating” Trump with a denouncement conveniently provided by Texas Eagle Forum head Cathie Davis. They write:

“When I hear from Donald Trump’s own lips that he doesn’t want to do things that would cause him to ask for forgiveness or to repent, he is not acknowledging that there is a holy God,” Adams tells OneNewsNow. Adams was referring to Trump’s unusual comments at the Family Leadership Summit held in Iowa in July. The event’s moderator, Frank Luntz, asked the billionaire real estate mogul if he had ever asked for God’s forgiveness. “I’m not sure I have ever asked God’s forgiveness,” Trump, a Presbyterian, replied. “I don’t bring God into that picture.” Fox News commentator Kirsten Powers recently referred to Trump as an “evangelical scam artist” in a USA Today op-ed that recalled Trump’s “forgiveness” answer in Iowa. Powers, a Democrat, is a recent born-again convert to Christianity. “A Christian who has never sought forgiveness for his sins is like a vegan who has filet mignon for dinner every night,” Powers wrote. She also pointed out in the commentary that Trump, who claimed to be a churchgoer, failed to name his favorite Bible verse and called that question too “personal.” Adams says evangelicals need to weigh which presidential candidate aligns most closely with the Word of God, when they look at the field of candidates for the 2017 election.

Like I said yesterday, this is going to be fun. Also: 2017 election?

Previous Kim Davis Is Spending Time With “Gentleman Jesus” And Her Three Dogs (But Not That Dog Her Daughter Allegedly Stole That Time)
Next KENTUCKY: Heavily Armed “Christian Patriot” Militia Vows To Stop Future Arrests Of Kim Davis [AUDIO]