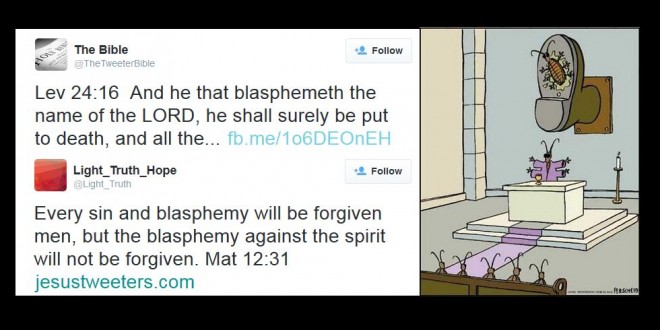 Via the Colorado Springs Gazette:

The “crime” is blasphemy and Wednesday (Sept. 30) is “International Blasphemy Rights Day,” set aside by human rights activists to highlight the blasphemy laws on the books in 22 percent of the world’s nations, according to the Pew Research Center. Among those countries frequently cited by human rights groups with the most aggressive laws banning free expression are China, Pakistan and Saudi Arabia. “Freedom of conscience is a fundamental right, and it must be valued, protected and advanced everywhere in the world,” says Michael De Dora, director of the Center for Inquiry’s Office of Public Policy — the organization behind Blasphemy Rights Day — and the center’s representative to the United Nations. The Center for Inquiry is a humanistic and First Amendment watchdog group based in Buffalo, N.Y. Blasphemy laws have been deemed unconstitutional in the United States since 1952, but globally the picture is different.