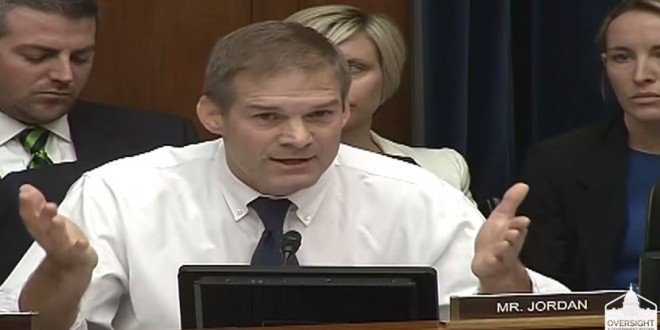 Rep. Jim Jordan, one of the most conservative members of the House, used his time shouting at Richards because she admitted at one point that she had originally “apologized for the tone and statements” in the “sting” videos that started this controversy. Apparently Jordan imagined that in making this admission, she had fallen into a trap and would now have to admit that Planned Parenthood had committed some kind of misconduct. Watching his voice get louder and louder, it seemed as though Jordan was thinking, “I’ve really got her now.” But what did he actually prove? Nothing. Nor did any of the other Republicans. All seemed to have some very specific question they had prepared, one that was designed to produce a “gotcha” moment. But Richards didn’t have any trouble answering any of them, because the accusations that drove them aren’t all that controversial unless your starting point is that abortion is evil and so is anything in any way connected to it.

PREVIOUSLY ON JMG: In January 2011 Jordan vowed to cut 100% of all federal funding for the arts. That same month he promised to introduce a House bill to repeal same-sex marriage in Washington DC. In 2012 Jordan declared that if Mitt Romney were to win the White House, he would immediately press for the reinstatement of DADT.