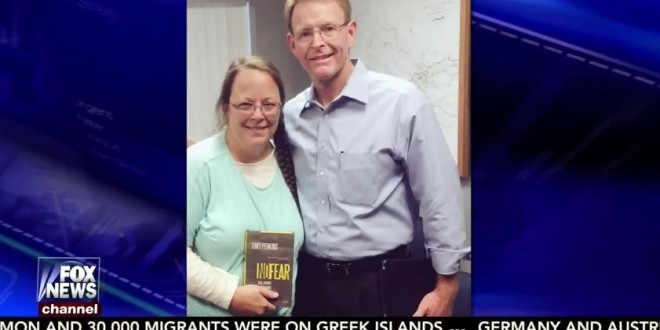 The Family Research Council announced today that they will be giving an award to Kim Davis at the Values Voter Summit. Tony Perkins writes via press release:

“We are pleased to announce that Kim Davis will be honored at this year’s Values Voter Summit. After meeting with her last week, I can tell you that Kim Davis wasn’t looking for this fight, but she is not running from it either. What militant secularists are almost certainly afraid of is what is coming to pass: courage is breeding courage. When other people might have cowered in fear, Kim took a stand. And today, millions of Americans stand with her and for the religious freedom upon which our nation was founded. Far from the media’s portrayal, Kim isn’t trying to impose her views on anyone, she is simply asking that her orthodox religious views be accommodated. The courage of Rowan County Clerk Kim Davis isn’t just changing the conversation — it’s changing the political landscape.”

Duggar Fest 2015 takes place at the end of this month in Washington DC.