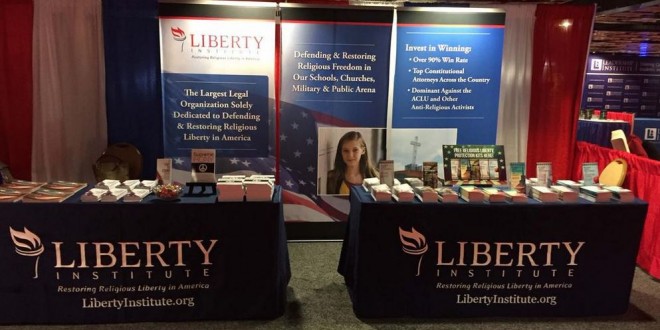 Hate groups and GOP presidential candidates are converging on Washington DC this morning for the start of the Family Research Council’s Values Voter Summit, where Kim Davis will be tonight’s main honoree. The exhibit hall has opened and anti-LGBT organizations are already tweeting out photos of their booths using this year’s hashtag: #VVS15. It’s going to be a busy morning with speeches by Donald Trump, Ted Cruz, Marco Rubio, and Rick Santorum to kick off the event, which will be live-streamed all weekend. Shortly after lunch anti-gay florist Baronnelle Stutzman will speak and later this afternoon come the appearances by Ben Carson, Mike Huckabee, and Bobby Jindal. Also scheduled to speak is Rick Perry – but we’ll see if that happens since he has dropped out of the race.  The Values Voter Summit usually gets wall-to-wall coverage from the cable networks but this year they’ll have to fight Pope Francis for screen time.

Previous Pastor Rafael Cruz: It’s Appalling That Houston Elected A Homosexual Mayor [VIDEO]
Next Kim Davis To Gov. Beshear: This Is All Your Fault