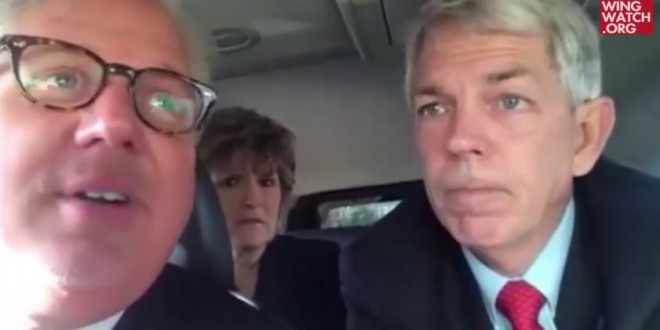 While [Glenn] Beck said that he sympathizes with Davis, he cannot understand why she has not been fired for refusing to do her job. Barton, predictably, responded by asserting that Davis is entirely in the right to refuse to allow her office to issue marriage licenses to gay couples because “the Founding Fathers made it real clear that the laws of God are higher than the laws of man.” “This is a law of God. Man’s law is not allowed to contradict God’s law,” Barton said, which means there can be no justification for jailing Davis because she is upholding God’s law.