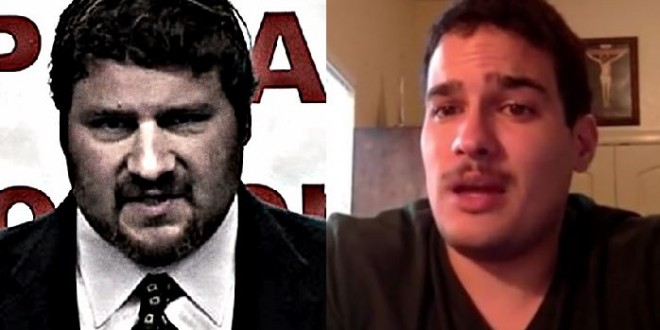 “Crush the eggs of the baby serpents before they hatch. The sodomite, the atheist, the fanatic feminist, the Muslim — all such must be deemed as criminals and enemies to civilization, for they war against the Faith, promote death and hate life. They should be told to leave their wicked ways under coercion, and if that does not work, then death and strong suppression is the only solution. We cannot allow someone the freedom to do evil, for this will only increase the presence of darkness in the society, and it will become an internal enemy. Not secular laws, but the laws of Heaven, against which no enemy can prevail. Let the governments take up the Holy Cross, and destroy the works of the devil. (1 John 3:8) Let it destroy the advancers of antichrist, and utterly annihilate the acolytes of the evil doctrines of Sodom. Christus vincit!” – Ted Shoebat, writing for his father’s website.

As I have reported many times, Shoebat and other advocates for executing homosexuals have appeared as featured columnists on the website of Liberty Counsel spokesman and daily radio host Matt Barber. At this writing about a dozen columns by Shoebat and his father are featured at Barber’s site.