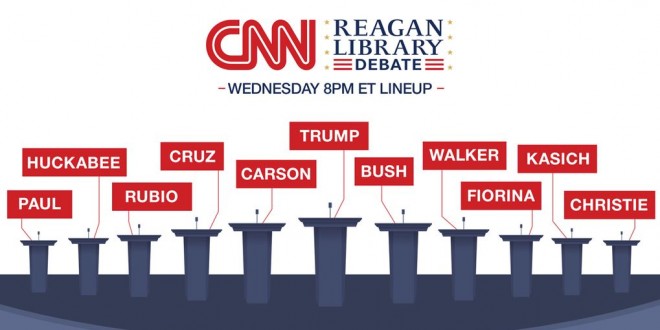 In a widely-criticized move, CNN tweaked their previously-announced rules to allow the top eleven GOP candidates onto the prime time debate stage. Most believe the change was made to accommodate Carly Fiorina.  CNN lays it out:

Thursday marked the close of the two-month window for determining eligibility based on averages of national polls. The results were based on 14 polls including interviews with more than 6,000 potential Republican primary voters. The top 10 candidates overall — plus Fiorina, whose average support places her within the top 10 in polls conducted after the first debate held August 6 — have all qualified for the 8:00 p.m. debate next Wednesday in Simi Valley. The remaining five candidates will appear during an earlier debate beginning at 6:00 p.m. The rules for inclusion were amended late last month so that any candidate who made the top 10 in an average of polls conducted after the Fox News/Facebook debate held on August 6 would also be included in the later debate. Fiorina is the only candidate to move from the bottom six to the top 10 in that post-debate average

Below is the kids’ table crew as notated by a Trump supporter.