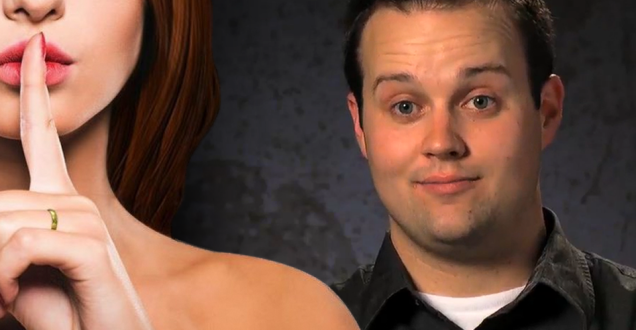 There’s a mystery brewing in the Quiverfull world of the Duggar family. According to Suzanne Titkemeyer, “Calulu,” who runs the daily administration at the spiritual abuse recovering website, No Longer Quivering, the eldest son Josh Duggar seems to be missing from the rehab facility where he is supposed to be receiving treatment. Josh may not be at the Rockford, Illinois treatment facility connected with North Love Baptist Church. Today marks one full week since Josh Duggar was reported to have entered a rehab facility by the name of Reformers Unanimous, which is a facility that his parents, Jim Bob and Michelle Duggar have supported many times in the past. The statement by his parents did not name the treatment center that Josh was attending.

Many of the media outlets seized upon Reformers Unanimous as the the treatment facility because of Jim Bob and Michelle’s involvement with the center. That, combined with the flight records of the Duggar‘s private plane showing a late night trip to Rockford, Illinois with a ten minute turn-around time between arriving at the Rockford airport and the aircraft departing for a return to the Springdale airport seemed to indicate that RU was where Josh would be serving out his long term ‘treatment’ for sex and pornography addiction. There is only one big problem with that assumption. Not a soul in Rockford, Illinois has actually spotted Josh Duggar among the individuals receiving treatment at RU. He hasn’t been seen coming or going from any of the mandatory church services at North Love Baptist Church. This is especially odd considering the rules at Reformers Unanimous posted on their website claim it would be a mandatory part of everyone’s recovery process at RU. There has been absolutely no sightings of Josh anywhere in Rockford or RU. No sightings at all.

Previous Roy Moore’s Foundation For Moral Law Praises Kim Davis: We Hope Millions Will Follow Her Example
Next BOMBSHELL: Kim Davis Was Knocked Up With Another Man’s Twins While Married To First Husband