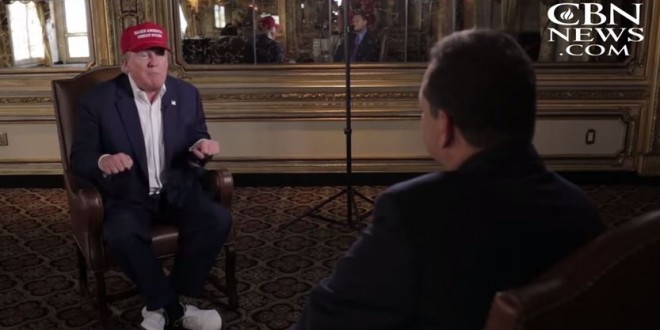 The Christian network CBN today published a video interview with Donald Trump in which the narrator mentions Trump’s now-infamous refusal to cite any verse from his alleged favorite book. Then there’s a cut to Trump saying this: “There’s so many things that you can learn from it. Proverbs, the chapter ‘never bend to envy.’ I’ve had that thing all of my life where people are bending to envy. I don’t like to use this analogy, but like a great movie, a great, incredible movie. You’ll see it once it will be good. You’ll see it again. You can see it 20 times and every time you’ll appreciate it more. The bible is the most special thing.”

You’ll be shocked to learn that there’s no such verse:

A search of several of the most-used standard versions of the Bible did not turn up any verse or chapter that urges people not to “bend to envy.” In the King James Version of the Bible, there are several mentions of envy in Proverbs: “Envy thou not the oppressor, and choose none of his ways,” reads Proverbs 3:31. Envy is “rottenness to the bones,” says Proverbs 14:30. And there’s Proverbs 23:17: “Let not thine heart envy sinners.” But there does not appear to be any verse in that book, or in other parts of the Bible, that urges readers to “never bend to envy.”