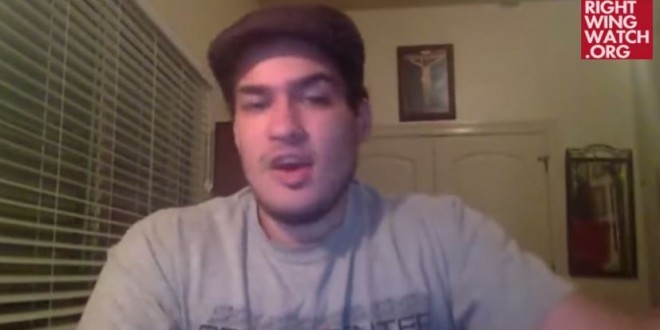 Theodore Shoebat, who was among the dozens of anti-gay activists, Republican members of Congress and GOP presidential hopefuls to be featured in Janet Porter’s recent anti-gay “Light Wins” documentary, posted a new video over the weekend calling for a global “Inquisition” to eradicate homosexuality once and for all. Outraged over reports that a doctor had been let go by Beth Israel Deaconess Medical Center for repeatedly spreading anti-gay material to colleagues, Shoebat posted a video declaring that “sodomite homo Sharia” was being imposed on America by “sodomite bastards” and “faggots” who do nothing but “go around spreading AIDS.” The only solution, he declared, is the imposition of a global law criminalizing homosexuality that will be enforced by a modern-day Inquisition with the power to put gays to death.

As I noted this morning, Shoebat’s columns have finally been deleted from Matt Barber’s site.