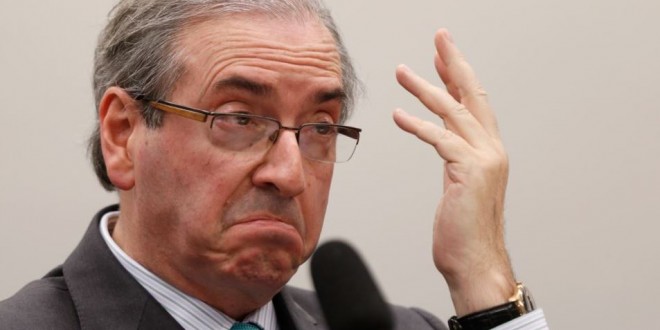 A special committee called by Brazilian Chamber of Deputies President Eduardo Cunha has approved a statute that defines a family as a being headed by a man and a woman. The statute is seen as the first move in an attempt to roll back same-sex marriage rights. World Crunch reports:

Rio de Janeiro daily O Globo reports that the text was promoted by conservative lawmakers with close ties to the Catholic Church, over fierce opposition from the governing Workers’ Party of President Dilma Rousseff and pro-LGBT activists who spent last week protesting outside parliament. The parliamentary showdown comes after the May 2013 decision by a Federal Court to effectively legalize gay marriage. Religious lawmakers told O Globo that the decision was a case of the judiciary overstepping its authority, and that Congress had to defend the traditional family structure. The vote sparked virulent debate between supporters and opponents of the statute. One legislator supporting the proposed new definition of family told the newspaper that gay marriage was “Marxist state intervention.” A same-sex marriage supporter likened the new statute to a coup d’état.

RELATED: Last month Cunha was charged with corruption and money-laundering.

Eduardo Cunha, a member of Brazil’s largest political party, was accused of taking a $5 million bribe related to contracts for two drill ships built for state-run oil company Petrobras, the focus of the country’s biggest-ever corruption scandal. The prosecutor’s office said it also made unspecified charges against former president Fernando Collor de Mello, now a senator. His name had been on the Supreme Court’s list of dozens of people under investigation in the Petrobras scandal. Cunha quit President Dilma Rousseff’s coalition last month to join opposition lawmakers seeking her impeachment and has obstructed Rousseff’s efforts to cut Brazil’s gaping fiscal deficit by passing more spending bills. The corruption charges will isolate Cunha and weaken his offensive against the president, who is battling the country’s worst recession in three decades.

Previous Putin: Russia Is Great On LGBT Rights [VIDEO]
Next The Battle To Succeed Boehner Has Begun