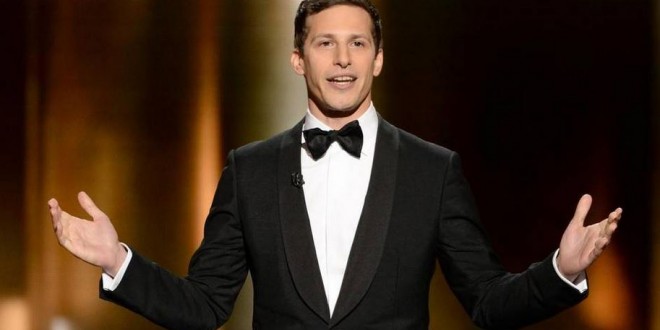 In addition to his opening song about the over abundance of TV and some more jokes about the television industry, host Andy Samberg worked a few political jokes into his Emmy Awards monologue. “Donald Trump, of course, is running for president, to the delight of uncles everywhere,” Samberg said. “But I’ve gotta say, sure, Donald Trump seems racist…. what else?” “Sidenote, is it just me, or does Bernie Sanders always look like his flight is delayed?” he asked the audience. “The guy’s a mess.” “Paula Deen is on this season of Dancing with the Stars, but I gotta say, if I wanted to see an intolerant lady dance, I would have gone to one of Kim Davis’ four weddings,” Samberg added later of the Kentucky county clerk who chose jail over granting marriage licenses to same-sex couples. “It’s so ironic that she came out of jail to ‘Eye on the Tiger’ when you consider how many dudes have boned each other to that song.”