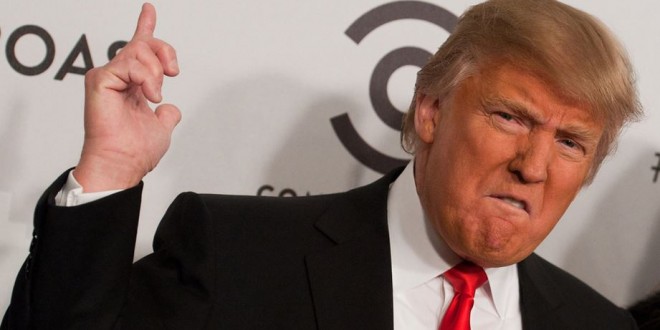 Donald Trump’s plans to make America great again are going to include a lot of whining. Trump on Tuesday morning in an interview on CNN’s “New Day” proclaimed that he is “the most fabulous whiner” when confronted with an opinion piece that criticized him using the same label. “I do whine because I want to win and I’m not happy about not winning and I am a whiner and I keep whining and whining until I win,” Trump told CNN’s Chris Cuomo on Tuesday. Trump was pressed for specifics on the issues he’s raised on the campaign trail and touched on every issue from abortion to equal pay for women to foreign policy during the half-hourlong interview on Tuesday. And Trump also refuted a report that he was considering ruling out a third-party run. “I’m running as a Republican, I’m leading in every poll…I’m leading all over the place and I want to run as a Republican,” Trump said. “If I am treated fairly that’s the way it’s going to be but I want to keep that door open. I have to keep that door open because if something happens where I’m not treated fairly I may very well use that door.”