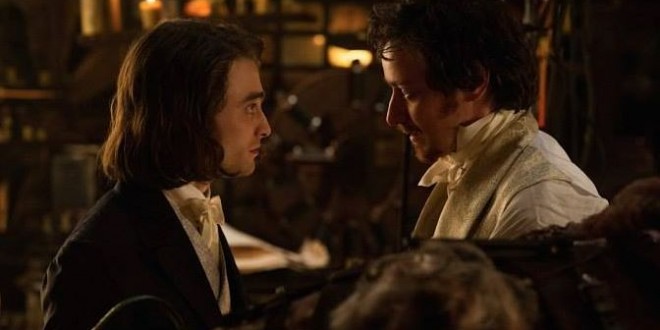 This one is a comedy. Slash Film has the recap:

20th Century Fox has dropped the first trailer for Victor Frankenstein, starring James McAvoy as the mad doctor and Daniel Radcliffe as his faithful (and so far non-hunchbacked) protege Igor. If you’ve seen really any version of the Mary Shelley classic, you know how it goes: Frankenstein engages in some crazy science and creates a literal monster, with predictably disastrous results. What’s different this time is a playful buddy comedy dynamic between Frankenstein and Igor, a la Guy Ritchie’s Sherlock Holmes movies.