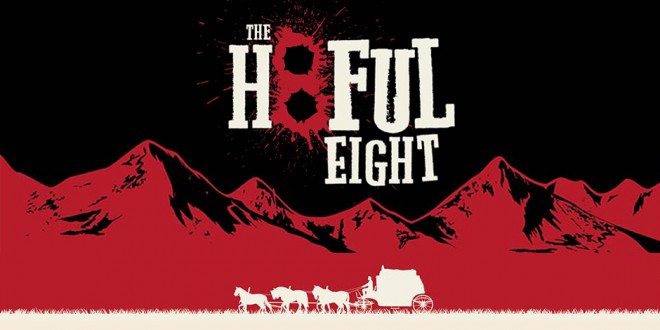 Deadline recaps the trailer from the new Quentin Tarantino film:

The feature is set in the decade after the Civil War and stars Kurt Russell, Jennifer Jason Leigh, Samuel L. Jackson, Walton Goggins, Bruce Dern, Damian Bechir, Michael Masden and Tim Roth as travelers forced to hunker down together as they ride out a blizzard. The characters include a bounty hunter, his gallows-bound quarry, an ex-Union officer-turned-bounty hunter, a Southern renegade who claims to be a sheriff and a crusty former Confederate general. Everyone’s bound to get along, right? Tarantino’s Hateful Eight script was infamously leaked online more than a year and a half ago, followed by finger-pointing, lawsuits and the Oscar winner putting the project on the shelf. That was then followed by a standing ovation received live reading with Tarantino and most of what became the film’s cast in downtown L.A. on April 20, 2014. With all that and a sneak peek at Cannes in the rearview, it’s time to see what all that fuss was about.

The movie opens on Christmas day.