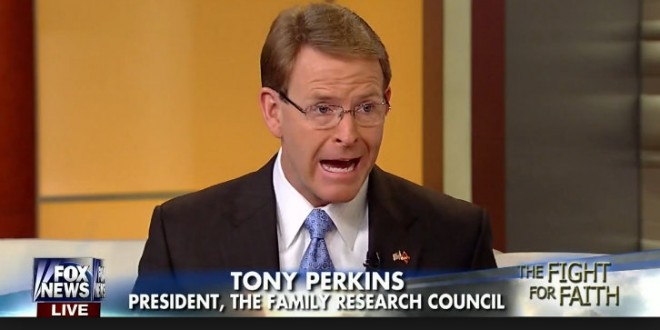 Tony Perkins: Obama Thinks Christians Are The Military’s Greatest Threat, Not ISIS Or Iran Or Russia Or North Korea

And that’s why the president has droned the fuck out of Liberty University. (Today’s money beg is really totally about YOU, of course.) Via email from pedophile employer Tony Perkins:

“President Obama, America’s Commander-In-Chief, is aggressively attacking what he believes is the greatest threat to the U.S. Armed Forces. No, not ISIS. Not Hamas. Not Russia, China, Iran, or North Korea. It’s Christian servicemen and women who dare to practice their faith openly. As President Obama has radically transformed the military, removing the prohibition against open homosexuality and now pushing to lift the ban on transgenderism in the military, there appears to be room for anyone and everything but Christians and Christianity. Despite the growing threats against our nation, President Obama is undeterred in his efforts to make our nation’s armed forces a far Left social experiment. The Obama administration is focusing on providing gender reassignment drugs for a convicted traitor facing 35 years in Leavenworth; adding benefits for same-sex couples; and sponsoring gay pride events. A terrible waste of much-needed resources after the dangerous cuts of the military budget! But what makes the President’s agenda even more diabolical is that while he is expanding protections for LGBT troops, he is also attempting to force Christians in the military underground.”

In addition to multiple FRC donation page links, Perkins’ email recounts several times that members of the military have been disciplined for proselytizing at work after receiving direct orders to stop doing that.  Obviously our Kenyan/Marxist/Stalinist commander-in-chief doesn’t understand that Jesus is everybody’s superior officer.