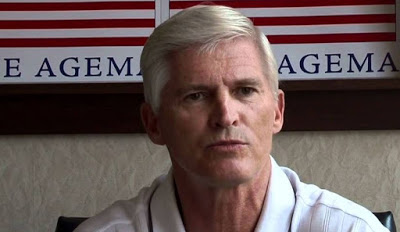 RNC To Vote On Anti-Gay Resolutions

The Republican National Committee is set to vote on two anti-gay resolutions, one of which was proposed by former Michigan state Rep. Dave Agema, who now sits on the committee. Via the Washington Blade:

If the RNC were to adopt any of the non-binding resolutions next week, it would be the first official act of the Republican Party on the marriage issue following the historic U.S. Supreme Court decision last month in favor of marriage rights for same-sex couples. The initial vote could take place during the executive committee meetings on Wednesday and Thursday, where a successful vote would lead to consideration at the full committee meeting on Friday.

One resolution, titled “Resolution for Balanced Sex-Ed in Schools,” was introduced by former Michigan State House lawmaker and RNC member Dave Agema. It encourages schools “teaching the homosexual lifestyle in their sexual education class” to “also include the harmful physical aspects of the lifestyle.”

The resolution is based on the belief the Republican Party “supports the institution of traditional marriage,” which is considered code for opposition to same-sex marriage. The proposal is also based on questionable assertions that American culture “is portraying the homosexual lifestyle as an attractive option for school-aged children” and the Journal of Acquired Immune Deficiency Syndromes says being gay take up to 21 years off a person’s life.

Another proposed resolution would call on Congress to strip federal courts of jurisdiction over marriage laws and declare that the Supreme Court’s Obergefell ruling was unconstitutional.

RELATED: Agema made national headlines in 2013 after posting a virulently anti-gay piece on Facebook.  Among the claims made in the article was that gay people are responsible for half of the murders in America’s largest cities.