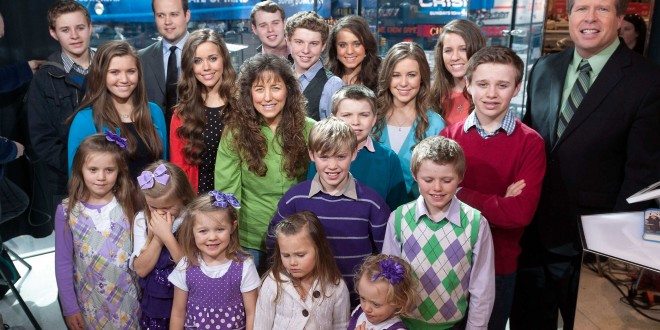 The Duggar family is reportedly pitching a new show to the TLC Network about providing Christian counseling to victims of childhood sexual abuse. According to Michael Stone at the Progressive Secular Humanist blog, the 19 Kids and Counting family is trying to create a spin-off show that will capitalize on a one-hour TLC special coming on Aug. 30, titled Breaking the Silence. TLC said that Breaking the Silence is an attempt by the network to shed light on the issue of child sex abuse and that it will feature appearances by members of the Duggar clan. The special is set to run commercial-free. A source close to the Duggars told Star Magazine that Jim Bob and Michelle Duggar are desperate to keep some form of reality TV revenue coming in to support their outsized brood. “The family can’t afford to not have the show — it is their main source of income, and with a family of that size, without it they’re in enormous trouble,” said the family friend. “They know they have to at least pretend to be sorry about what happened, and now they want a spin-off where Jim Bob and Michelle would give advice to abuse victims—even though they’re in denial about their culpability in Josh’s crimes.”