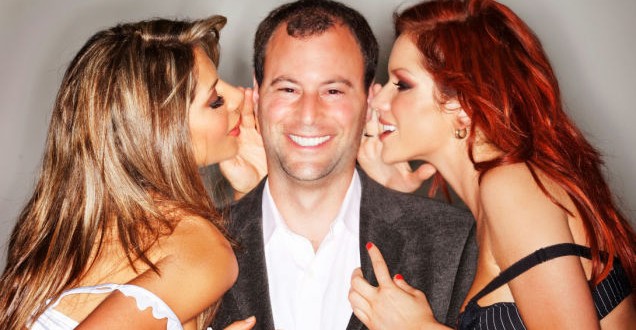 The hackers who last week shoved Ashley Madison into the global headlines have yet another big reveal. Gizmodo reports:

The revelation is buried in what hackers say is 30-gigabytes of [Ashley Madison CEO Neil] Biderman’s emails. One of those emails is from Ashley Madison’s founding CTO, Raja Bhatia, who claims to have hacked Nerve.com’s then-new dating website. Security expert Brian Krebs discovered the exchange—as did Motherboard—and notes that the data comes from the Impact Team, the same hackers that released the first big batch of data last week. Though Bhatia had earlier told him he doubted the dump was real, Krebs confirmed the legitimacy of the hacked data through several sources who found their own personal details in the dump. Now, karma’s catching up with Bhatia, whose condemning exchange with his boss revealed that he hacked his own competitors. “Nerve’s dating site has a huge security hole,” Bhatia told Biderman. After did “a little digging, Bhatia continued, “They did a poor job of auditing their site. Have access to all their user records including emails, encrypted password, if they purchased or not, who they talked to, what their search preferences are, last login, fraud risk profile, who they blocked or are blocked from, photo uploads, etc.” That sounds an awful lot like the Ashley Madison hack, huh!

RELATED: Yesterday Ashley Madison was hit with a $578M class action lawsuit on behalf of “all Canadians.”